Are you ready for a fun challenge? Our Kona + Pantone Modern Mini challenge.

The challenge:
Use the Kona Color of the Year, Splash in combination with the Pantone Color of the Year, Living Coral to create a mini quilt that highlights at least two modern elements and is no larger than 12 inches on any side.

The details:
Use at least one of the two colors. Backgrounds/neutrals can also be added. Tints and shades (lighter and darker versions) of the colors are also okay to use. Solids or prints may be used. 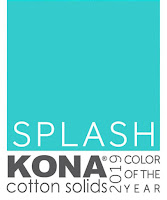 Minis must incorporate at least two modern elements (see below).

Minis must not be larger than 12 inches on any side but it's even better if it's 8x12 or smaller. Larger items may be created but may not be able to be fully displayed.

Modern quilting design elements are design tools quilters use to modernize the traditional quilt-making process. You can think of these elements like a salad bar: You don’t want to use every design element in one quilt, (you’ll have an overloaded salad), but using 2–4 elements at a time creates that perfect quilt!
Alternate Gridwork – traditional quilts are commonly laid out in columns and rows in a predictable brick structure.

Asymmetry – When the focal point of a quilt is off-center or does not match on both sides.

Block Based – Quilts based on a similar block throughout the quilt.

Non-Block Based – Quilts that do not have a repeating block pattern.

Improvisation – Putting fabric together without following a pattern.

Minimalism – Often, the more negative space a quilt has, the more minimal it becomes.

Negative space – The area between design elements that modern quilters often use to draw focus to different areas of a quilt.

Lack of borders - There are rarely borders in modern quilting unless the borders are part of the negative space.
Scale – Increasing or decreasing the size of a classic quilt block.
Posted by Catherine at 5:44 PM

The McKMQG meets on the 1st Tuesday of the month at Fire Station 7, 861 Independence Parkway, McKinney TX 75070. Social time before our meetings starts at 6:00 pm and business meeting starts at 6:30. Visitors are always welcome. 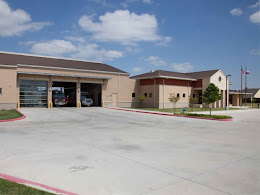